You have to be from Houston to understand the significance of the Livestock Show & Rodeo or Rodeo Houston as it’s affectionately known now. I don’t know which has you more anxious; finding out the performance lineup or tasting all of the delicious food. I’ve been fortunate enough to cover the Rodeo for the past 4 years thanks to Houston Style Magazine. I love to cover the rodeo because it gives me the opportunity to photograph new faces and listen to a genre of music I don’t normally listen to. Because I am an artist; I have a huge amount of respect for all creative people dedicated to their craft.

This Rodeo season, I signed up to cover the following performances: Alicia Keys, Sam Hunt, Luke Bryan, and Willie Nelson. I was debating on signing up for ZZ Top’s performance, but since I had recently got shots of their Super Bowl Live performance I decided not to sign up.

My first show assignment was to photograph Alicia Keys for Black Heritage Night. I was excited because Alicia Keys is one of my all-time favorite artist. I wasn’t able to make it to her last tour stop in Houston a few years ago so it was a win win to photograph her and check out the show.

Moments before the show started, I thought  “Man this is my first time photographing Alicia. Please! Please! Please! don’t sit at the piano the whole time we’re allowed to photograph the show.” The house lights went off and Alicia hit the stage opening up with “Karma”. She was on her feet in an all leather modern Cowgirl outfit. Needless to say I was glad she started the show that way. It didn’t take her long to make her way to the piano, but at that point I didn’t mind because I was able to get some standing shots in. I knew piano shots were a bit limiting photographically speaking but I was able to get a few wide shots that I was pleased with.

Once the Rodeo performance lineup was announced, I told myself I would sign up for a singer that I never heard of to cover. I’ll be honest; I looked on the Rodeo app and saw that Sam Hunt was very easy on the eyes so my decision was made, hehe. Upon my selection, I decided to take advantage of my Apple Music subscription and listen to a few Sam Hunt tracks. I was intrigued by the title of “Body Like A Back Road” so I gave the song a try and I love it!

Fast forward to the night of the show. Sam Hunt entered the stage and had so much energy from the start. Something about his performance was very rap/R&B Drake like. I wouldn’t be surprised if Drake is one of his influences. Hunt came out in designer sneakers, a fashionably distressed tee, a backwards hat, and black pants. This year, photographers were only allowed to shoot 2 songs unfortunately. As we headed back to the Media section is when he performed “Body Like A Back Road”. He also informed the crowd that the song was only being played on airwaves in Texas. I guess it was a great call because nearly the whole stadium sang the lyrics word for word along with Hunt. Even though I based his music totally off his looks, I made a great decision to sign up for Sam Hunt’s show because he now has a fan in me.

The only thing I knew about Luke Bryan was that we share the same birthday and regular Rodeo goers told me he has a really good show. Much like experiencing Sam Hunt’s show, I was pleasantly surprised. Luke Bryan has really good stage presence. Being a music photographer, you really appreciate a performer when they have it. I’ve seen some pretty stale performances, but not on this night. Since I’m not a country music fan, I assumed most performers stood stationary on stage playing their guitar. Silly of me to even assume that all country music singers played the guitar anyway, but I digress. Looks like I will be adding another Luke Bryan performance to my list if he comes back next year. 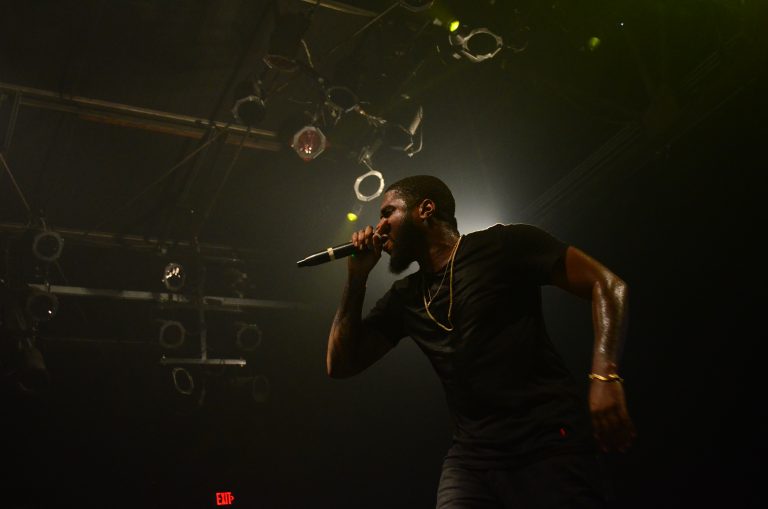