New Orleans: Out & About

For New Orleans to be a road trip away, I haven’t been to the city as often as I would like to, but after this trip I will visit more frequently.

The first stop after setting up at the hair expo was for food! We dined in at the Redfish Grill on Bourbon Street and ordered the Catfish and Shrimp Etouffee. The catfish was fried and topped with remoulade sauce along with shrimp etouffee. I don’t eat creole dishes much, but I do love a good etouffee both shrimp and crawfish.

Believe me when I tell you the fried catfish couldn’t have been prepared to perfection anymore than it was. You know the fish was cooked and flavored perfectly when you don’t need ketchup or anything else for savor. I don’t think I’ve ever in life eaten fish without ketchup. The shrimp was cooked to perfection just like the catfish. It had just the right bite to it. I will definitely be trying this dish again on my next visit. I hope and pray I don’t get letdown.

Next stop was a local bar on Bourbon for Coronas and conversations. One of the ladies at the bar raved about how great the bartender makes these margaritas so we had to put them to the test. The great thing about being on a vacation/business trip and going to the bar is the small talk. We learned a little more about how the New Orleans is becoming a popular destination for movies now. The bartender also proceeded to give us his IMDB page. Getting more LA by the minute, lol.

With the hair expo and last day of Essence out of the way, Kristen and I took Monday off to explore a little.  Of course I had my camera with me all weekend. I even had to check in my camera bag at one bar on Bourbon St on Friday night. We didn’t venture too far out but we did want to go beyond Bourbon Street and Jackson Square. I absolutely love the old charm of New Orleans i.e. the old architecture of the buildings and the shotgun style houses. It’s something I adore about the front porches and window shutter in addition to the contrasting colors of the some of the houses. The closest look to the architecture in Houston is in The Heights area, but much like New Orleans the dreaded G-word has reared it’s head. The G-word being gentrification, but this isn’t the post for that.

As rich in culture as the City of New Orleans is, I love to photography old, defaced, graffiti’d, desolate places. There were some locations, but I fell in love with an old run down gas station on the corner. I hopped out of the truck for a few wide angle/low angle shots and moved along. As my friend made left and right turns as if we knew where the hell we were going, we drove up to a church as a funeral was taken place. In grand “don’t know how to turn my photographer off” tradition, I kept my camera in my lap looking for any type of photo op. No lie. I was really hoping for second line processional. Me being a Houstonian; that’s not something I’m used to seeing.

A trip to the Crescent City isn’t official until you have a beignet I’ve been told. I’ve eaten plenty of funnel cakes at the Rodeo, but after visiting Cafe Du Monde I realized that’s basically what I was eating. I’m not complaining though because I’m a pastry junkie.  Another spot I tried was Mother’s Restaurant at the suggestion of my mom and cousin. I tried their red beans & rice and file gumbo and was pleased because I don’t normally venture out with gumbo. I’m very loyal to my grandmother’s gumbo but I give them a thumb’s up, but Granny’s still #1. My friend and I made a second trip to Mother’s a day or so later because the line at the Ruby Slipper was too long for our taste buds to handle. The line to Mother’s Restaurant is typically long too, but we were blessed twice with short lines. On the second trip to Mother’s, I tried breakfast: smoked sausage, scrambled eggs, grits, and a biscuit. This was the closest to putting myself into a food coma I’ve been in awhile. I could not finish everything on the plate, but I enjoyed what I could without catching the itis. The last spot on the last night was to the Creole Carre also on Bourbon Street. Since I couldn’t decide exactly what I wanted, I was blessed with their Creole Trio which was chicken & sausage gumbo, red beans & rice, and jambalaya. My fave was the red beans & rice and least favorite was the jambalaya because it had too many onions for my liking. By this time I had to reflect on all that I ate and I refuse to weigh myself anytime soon. 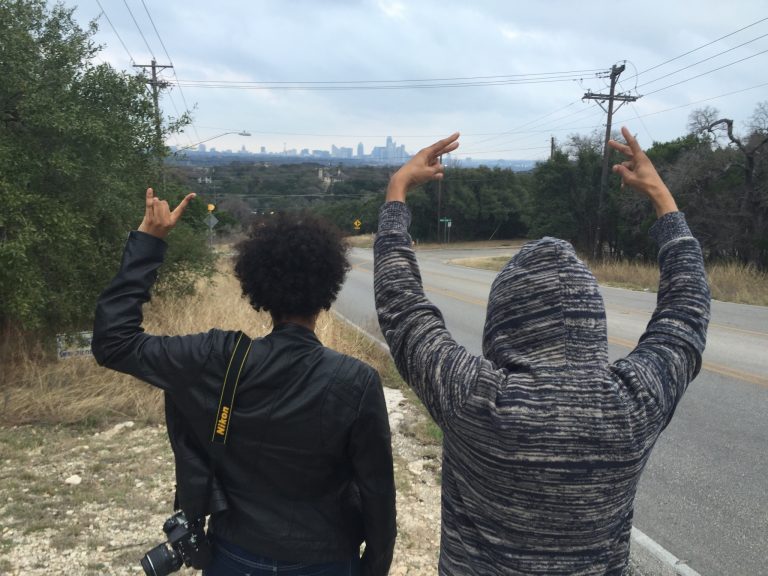